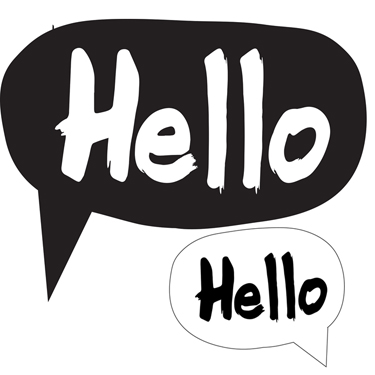 Here are great ways to start infusing the natural world into your classroom every day and why not start out on the first day of school!

For this activity tape or pin the name of a wildlife species on the back of each participant and make sure everyone has paper and a pencil. Each person tries to figure out what animal he or she is by walking up to other participants and getting clues from them. For example, Person A gives clues to Person B by briefly describing what Person B is in one to four words. Person B writes down this description and then briefly describes what Person A is in one to four words. Person A writes down this clue and both people move on to other participants for new clues. Be sure to set a time limit before the group begins the activity. Wrap up by asking for three to five volunteers to guess what they think they are, based on the clues they received.

Ask the participants to make a list of ten words to describe an animal of their choice on a sheet of paper. They then tape the sheet of paper to themselves and move about the room, reading each other’s lists. They introduce themselves to each other and try to guess what animal each list describes.

Participants stand in a circle and introduce themselves one by one to two other people in the circle. As they introduce themselves, they grasp the hand of the other person and hold on. When everyone has introduced him/herself, each person should be holding hands with two other people. You have now created a human knot. Their task is to untangle the knot without letting anyone in the circle go!

Write out cards with the name of one animal on each. Make two cards for each animal. Hand out a card to each participant, making sure that pairs of animals are distributed. Arrange the participants in a circle. Explain that they are to make the sound of the animal on their card to find the other animal of their species. No talking is allowed. Once they find their partner, they are to stand by them. Participants can also be blindfolded and/or groups of more than two animals can be produced by making more cards for each animal.

Ask each participant to relate a story about a significant experience involving nature, animals, trees, etc.

Have participants go on a “tree” or “wild” human scavenger hunt using one of the lists included here. The object is to find other students who fit the criteria and have them sign their names on the appropriate line. This is a good way for participants to find out interesting, and often little-known information about others in the group, relating to wildlife and forestry.

Cross-reference to these WILD units for more information: