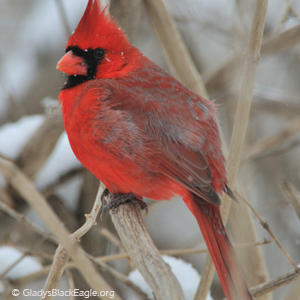 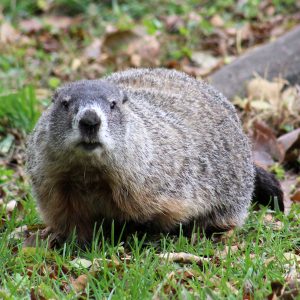 Hibernation is one of many adaptations to the cold and decreased food supplies of Iowa winters. Most mammals, including people, tend to slow down a little during the winter. True hibernators actually curl into a tight ball and reduce to extremely low levels their heart and breathing rates, body temperature, and metabolism. They need less food to survive. Bats which eat insects have virtually nothing available to eat so they are forced to hibernate all winter. Other hibernators include woodchucks, ground squirrels, jumping mice, and a few other rodents. There are a number of mammals such as badgers, raccoons, chipmunks, and skunks which do not truly hibernate. They do, however, reduce their need for food by sleeping deeply for periods extending from a few days to two weeks.

As winter arrives in Iowa, many wild animals depart or hibernate. Birds which feed on non-dormant insects and worms or need open water migrate as the food disappears and the water freezes. But many birds, especially those that feed on seeds or dormant insects, remain in Iowa. Covered with great feathery insulation and equipped with a high metabolism that burns like a small furnace, these species are able to endure Iowa’s sometimes brutal winters. They exist wherever there is accessible food, adequate shelter, and a ready source of water. Where these requirements are met, birds are often the most visible and animated spectacles of winter.

Have students create a newscast in which they pretend to interview a just emerged hibernator. In a written script or in an audio recording, they can ask questions about the animals’ winter experiences and its plans for the coming warm weather.

Learn more about how plants and animals are Preparing for Winter.

Materials: 1 film canister with a lid (or clean small plastic spice container or other very small plastic container) for each participant; thermos (1 quart) of liquid Knox gelatin (will be enough for 20 participants); suitable habitat