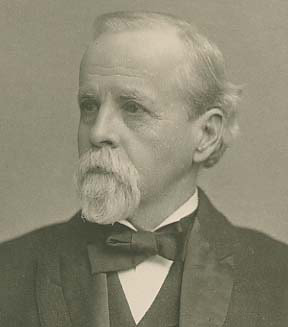 As a whole, they were people who spent time outside in the natural world as children and young adults.. They developed a connection with, and a love of nature, and became crusaders for the natural world when they saw its wanton destruction. Some of Iowa’s early conservationists were born in the state and others came to Iowa later. Here are just a few of the individuals that helped shape Iowa’s conservation heritage.

Ada Hayden – Hayden grew up on an Iowa farm where her family kept a tract of virgin prairie simply to enjoy its beauty. Her love of natural prairie later became the focus of her career and her lasting legacy. Hayden was the first woman to earn her PhD from Iowa State College. She surveyed the entire state to locate and document native prairie tracts. Hayden viewed prairies as complete ecosystems and as valuable living scientific laboratories. Her legacy started a prairie preservation effort in Iowa and her work has been an inspiration to countless prairie conservationists. Ames Historical Society – Ada Hayden

John F. Lacey – Elected to the U.S. House of Representatives in 1888, Lacey was a conservation pioneer whose efforts were critically important to the protection of wildlife nationwide. The Lacey Bird Act of 1900 was just one of the issues that Lacey fought for diligently. The Lacey Bird Act of 1900 prohibited the transportation of illegally taken game across state lines, making the first significant dent in the economics of unrestricted market hunting and poaching. Learn more about John F. Lacey in this Iowa Natural Heritage Foundation Blog.

Bohumil Shimek – A Professor of Botany at University of Iowa, and the first director of the Iowa Lakeside Laboratory, Shimek was a pioneer of a comprehensive conservation and environmental education program for Iowa. He believed the first place to teach students about the natural world was in the field. Shimek helped his students not only learn about the natural world, but also encouraged and taught them to protect it. The University of Iowa – Bohumil Shimek

Louis H. Pammel – Pammel earned degrees from the University of Wisconsin and Washington University and later became a professor of bacteriology, mycology, and plant pathology at Iowa State College. Pammel believed that humans could not exist without direct contact with the natural world. He developed the first working definition of conservation for Iowa and recommended that nature be taught in schools. Pammel helped establish the Iowa State Board of Conservation and served as its president from 1919-1927. During that time he established the first Iowa State Park, Backbone State Park, in addition to 38 other State Parks. He is recognized as the “Founder of Iowa’s State Park System.” Iowa State University – Louis H. Pammel

Did you know that George Washington Carver studied art and piano at Simpson College in Indianola and was the first African American student at Iowa Agriculture College in Ames in 1891? Learn about G. W Carver here.

Althea Sherman was an artist by training, but her self-study in ornithology led her to build a chimney swift tower in National, Iowa to study these unique birds. Learn about her swift tower here.

Iowa is very fortunate to have so many famous conservationists in our history like Aldo Leopold, Ira Gabrielson, Sylvan Runkel, Gladys Black, Maria Pearson, and Lois Tiffany.

Studying Iowa’s famous conservationist should serve as a lesson to us as we educate and raise future generations. Children and young people who spend time outdoors in our natural world will develop a lifelong love and appreciation for nature. If we want children to grow up to be stewards of the land we need to get them outside now.

Check out these great activities that can extend your study on Conservationists!

Project WILD – Each Project WILD activity has a career component called “WILD Work” that ties in real occupations in wildlife management and conservation.

Aquatic WILD – Each Aquatic WILD activity has a career component called “WILD Work” that ties in real occupations in wildlife management and conservation.

Cross-reference to these WILD units for more information: